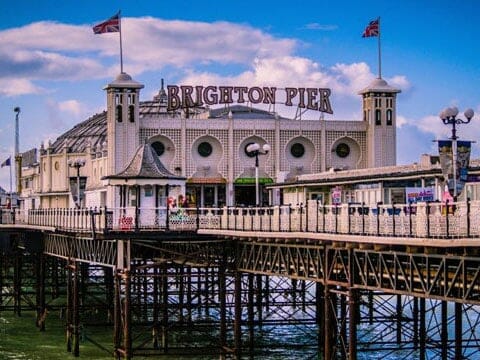 We can see that in May the property market has picked up a bit of steam. The slight drops in April are now levelling out and it is yet another month of great investing climate.

This may surprise you, but holiday lets are very lucrative investments. In May, these holiday properties generated the highest returns in the UK property market.

The holiday property fund, Second Estates, specified that according to research “holiday lets are among the highest returning assets within the UK real estate sector.”

Second Estate cited that the major increase in UK tourism has had a positive impact on the holiday property sector. They stated that there was an increase of 7% from last year. This could be down to the weaker pound and more Britain’s choosing to travel within the UK for a holiday instead of going abroad. City A.M., the news outlet that covered this story explained, “There are close to two million buy-to-let landlords in the UK, of which and an estimated 165,000 homes listed as holiday lets.”

Property In The Midlands Is Outperforming The Rest

The property markets across the UK are commonly known for fluctuating. The latest research figures from Rightmove show that the top-performing markets that far exceeded the UK average in May were the West and East Midlands, as well as Wales. This is down to the strong gains annually and monthly from the rising demand in these areas.

The West Midlands saw the highest month-on-month asking price with an increase of 2.6% to £225,469. Compared to last year’s May, this amount was up 4.3%. In the East Midlands, properties experienced the top annual price growth of 4.8% with a 0.9% monthly growth bringing prices to around £233,266. The research also found that Wales was one of the top-performing in the index. The article which you can find here stated, “In Wales, asking prices for homes went up by 1.6% between April and May, and 4.3% for the year, with the average property there now being marketed for an average of £192,422.”

Our residential buy-to-let in Nottingham has the benefit of location on its side. As well as being in an area where capital appreciation potential is central, the property is also by the river. Appropriately named, Riverside in Nottingham is a high returning investment with NET assured yields. It is also fully-managed, so you don’t have to live near the property to enjoy the benefits of a passive income.

According to an article by Mansion Global, Prime Central London’s property market continued to stabilise in May especially with luxury homes valued between £5 million and £10 million.

The article outlined the report stating, “The average price of homes sold for £5 million to £10 million (US$6.67 million to US$13.33 million) increased 1.1% year-over-year, following a 1.2% climb in the prior month, according to Knight Frank’s Prime London Sale Index.”

While this is just a small section of the timeline that indicates a positive price growth, it still shows that the overall luxury property market in Central London is stabilising due to factors such as more realistic pricing, as said by the head of residential research at Knight Frank, Tom Bill.

An expensive London property isn’t for everyone, but buyers of these properties can expect to have a secure and valuable investment in an affluent area. You can view our luxury London buy-to-let investments here.

Summary
At Sterling Woodrow, we pride ourselves on helping new property investors get a solid start in the market and are happy to speak to you about your long-term goals and ambitions in retirement property investment.

We also work with experienced investors to help them increase the value and profitability of their portfolios.

To book your complimentary property investment consultation with one of our senior portfolio managers simply click the button below and complete the short form and we will call you back at the appropriate time.